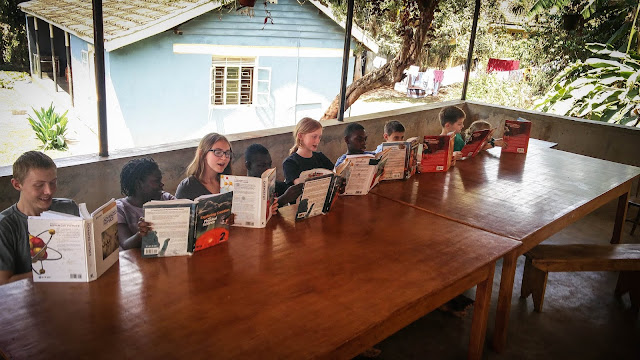 While students all over the world skipped school this past week in order to protest "climate change," my students were busy learning scientific truth via their Apologia science books.  I have been continually blessed by Apologia's God-centered, Christ-exalting, grace-filled teaching through all these many years.

I'm so blessed to be able to teach this crazy crew of mine.

Posted by dkt at 7:38 AM No comments:
Email ThisBlogThis!Share to TwitterShare to FacebookShare to Pinterest
Labels: Cute Kids, our little home school, Thankful 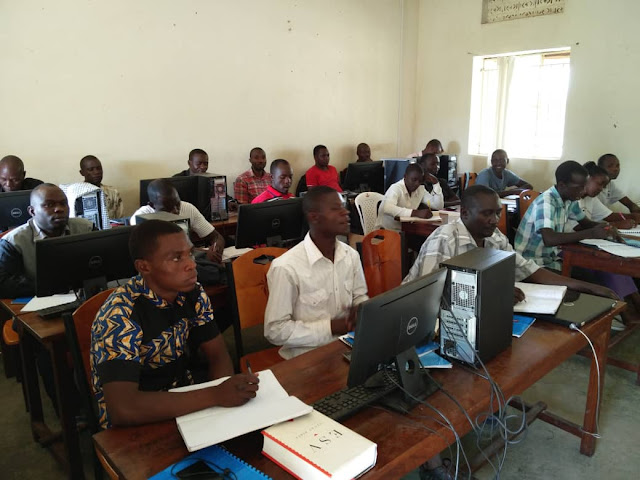 :: Recently, I have enjoyed two books that are worth a mention here.

The first was sent to us in the mail and unfortunately, my littles, in their eagerness to receive a package, threw out the wrapping before I figured out who sent it to us.  If that's you and you are reading this THANK YOU!!!

This book, Living Life Backwards by David Gibson, is a great explanation of the book of Ecclesiastes.  The first few chapters are quite depressing as they are a good kick in the pants. But just when you are ready to throw the book down, Gibson lifts you back up and pushes you forward as you learn what it means to live your life in light of the end of your life.  It is well worth reading.  Also, I think this would be a great book for a youth group study as well. 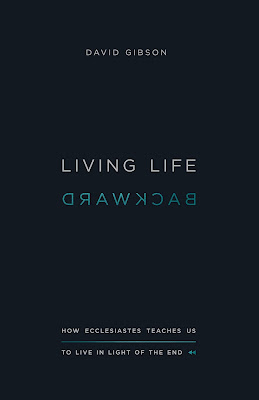 The second book is The Common Rule by Justin Whitmel Earley.  This is a fabulous defense (you can tell he is a lawyer...haha!) of cultivating 8 habits into your life. First, Four Daily Habits... kneeling prayer 3 times a day, Scripture before phone, eating a meal together, and turning the phone off for an hour a day... then Four Weekly Habits...intentional conversation for one hour, sabbath rest, fasting, and curating media to a set amount of hours.  Lest you think this is another book on technology to make you feel guilty for hanging out on your phone again, please be assured it is not.  Whether you chose to use his ideas of habits or not, this book will change how you view your habits.  His arguments/logic/lines of reasoning are insightful and inspiring (not a guilt trip!) no matter what you end up putting into practice in the end.  I love how he brings in our love for God and love for neighbors and puts everything into an eternal perspective. So even if you have no desire to change how you do your media/technology/time, I still say read this book!! 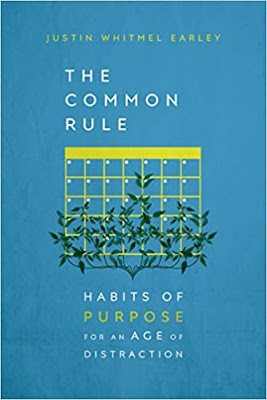 Posted by dkt at 3:07 AM 1 comment:
Email ThisBlogThis!Share to TwitterShare to FacebookShare to Pinterest
Labels: Christian Life, Knox Theological College

One year ago today, I woke up with a fever and almost every joint in my body hurting.  I had no idea that a year later I would still be waking up every morning with joint pain and stiffness.  Sudden Onset Seronegative Rheumatoid Arthritis....when your own immune system plays traitor and begins to attack your own body instead of foreign invaders.  It predominantly attacks the joints, but can also attack major organs like the heart, lungs or kidneys.  The fatigue, fevers, swelling, pain, depression, and anxiety have become constant companions of mine...some days aren't so bad...other days, they take almost everything from me.  And the frustration is that there seems to be very little rhyme or reason to it.   I'll be fine for part of a day and then suddenly I'm feverish.  Or one day the pain will predominantly be in my toes, the next in my knee and then my jaw.  Many mornings I wake up wondering "what part of me will hurt today?"  One day I'll be great all day and the next I'll be in bed most of the day.  It's so random!  The medicines (meant to weaken the immune system so that it stops fighting so hard) for it have definitely helped, but I'm nowhere near being in remission.

I recently read a short biography on Charles Spurgeon by John Piper (A Camaraderie of Confidence in his series "The Swans are Not Silent")  I learned that Spurgeon also had RA and Gout...and died from it at the age of 57.  One-third of the last 22 years of his ministry were spent out of the pulpit due to flares or rest or trying to take precautions to prevent his rheumatism from flaring.  I found it encouraging to see that God allowed him to continue his ministry even if it meant cutting back and resting a little more. (Mind you, his "walking pace" of ministry was probably more of a "sprinting pace" for the rest of us! haha!)  I also resonated with his view that RA has a marvelous mellowing effect on a person.  He writes, "I dare say the greatest earthly blessing that God can give to any of us is health, with the exception of sickness...If some men that I know could only be favored with a month of rheumatism, it would, by God's grace mellow them marvelously."

But even more encouraging was his view that his affliction was designed by a loving God.  He writes, "It would be a very sharp and trying experience to me to think that I have an affliction which God never sent me, that the bitter cup was never filled by his hand, that my trials were never measured out by him, nor sent to me by his arrangement of their weight and quantity."  John Piper comments, "For Spurgeon, this view of God was not an argument for debate; it was a means of survival."  It's true.  How can one even begin to accept affliction if our affliction was sent to us by anyone but God himself and sent to us for our own good?

Spurgeon also saw the blessing of his suffering from RA and Gout.  He said, "I am afraid that all the grace that I have got of my comfortable and easy times and happy hours, might almost lie on a penny.  But the good that I have received from my sorrows, and pains, and griefs, is altogether incalculable...Affliction is the best bit of furniture in my house.  It is the best book in a minister's library."

Did you know that 13-42% of RA patients struggle with varying degrees of depression? Spurgeon was no exception.  But he saw three ways that God used his depression.  First, it kept him humble.  Second, it gave unexpected power to his ministry as he "heard his own chains clank while he tried to preach to his fellow prisoners in the dark."  And third, he often saw that the depression came just before a large blessing in his ministry... like a black cloud before it breaks into a rainstorm.  His depression became a sort of prophet to him that God was on the verge of doing great things.

So many blessings can come through RA and sickness in general.  And I'm thankful that over the last year I have experienced much of that blessing also.  It's not a road I would have chosen, but my loving Father chose it for me.  I've been grateful for it's mellowing effect and how it has pushed me to more prayer and more dependence on Him.  I know that I'll praise him for all of eternity for how he has used it in my life for my good and his glory.
Posted by dkt at 2:38 AM 1 comment:
Email ThisBlogThis!Share to TwitterShare to FacebookShare to Pinterest
Labels: attitude, Christian Life, chronic illness, Rheumatoid Arthritis
Newer Posts Older Posts Home
Subscribe to: Posts (Atom)